12 Things To Know About Dating & Autism

While autistic children are the majority recipients of special attention and early intervention programs, adults and teens can be overlooked—especially when it comes to developing and exploring romantic relationships. Just like “neuro-typical” adults, people on the spectrum also deal with the ups and downs of finding and keeping romantic partners and intimate relationships. 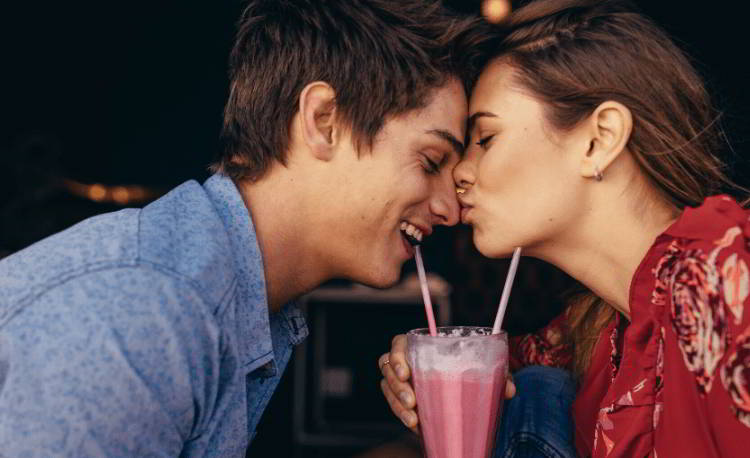 12 Tips For Dating Someone With Autism

Depending on your child’s abilities, there may come a time when they want to explore dating. Below are some helpful tips you can share with someone who is interested in dating your son or daughter with autism (they’re also good tips for friendships as well). Of course, these are general tips and may need to be adjusted based on their specific needs and preferences, and some may not apply at all. That’s the beauty and challenge of the autism spectrum.

1. Dating people who are not on the spectrum is quite common

One common misconception is that people with autism only want to date others who are also on the spectrum. This notion is completely untrue as they want to find someone to connect with that they can just be themselves around. After all, autism is a spectrum, so it could take a few dates for someone to even realize the person they’re with is autistic. That’s why it may be important to discuss this with anyone your child wants to have a relationship with.

While a neurotypical person might think a dimly lit bustling bar is an excellent place for a first date, it could be the worst place for someone on the spectrum. It’s common for an individual on the spectrum to become uncomfortable or distracted in a loud, crowded place. Due to heightened senses, flashing lights and loud noises can be especially unpleasant. So it’s important to do due diligence as far as location and activities are concerned.

While adults with autism also desire the physical aspects of a romantic relationship, the kind of touch they wish to receive may differ from the type of touch a neuro-typical individual would find pleasurable. When it comes to touch, you should always discuss their preferences with them. Autistic partners may need pressure, not aggressive, but firm and consistent. While this is not typically what you think of with tender, romantic love, it may cause a person with ASD discomfort if someone were to kiss them or hold their hand gently. For example, one teenager with autism who didn’t like kissing at all, described that he felt it was just like smashing faces together. Tip For Dating An Autistic Person – The magic touch

4. People with autism have a higher emotional capacity

Studies have shown that people with Autism regularly experience feelings and emotions that are stronger and deeper than those without ASD. Yet, these feelings are invisible to outsiders because they rarely show them the way typical people do. Due to a lack of grandiose emotional displays or any other expected response, people often make the wrong assumption as far as their depth of feeling about other people.

5. Get ready for brutal honesty

One characteristic people autism often have is brutal honesty. When you ask their opinion on something — such as if they like your new haircut —they’ll have no qualms about telling you that your old cut was better, or that they simply don’t like it. It’s important to remember that they have no ill intentions; they’re simply saying what they believe to be true. Although their responses may sometimes hurt your feelings, when they give you praise or say they like something, it means so much more because you know they really mean it. If they tell you, they love you, then you can completely trust and believe that they genuinely, honestly, love you.

6. Sarcasm is NOT going to work

Those with Autism often take things very literally, so if you shout out in the middle of a heated argument “go away” (meaning go to another room so that you can have some space and stop arguing with each other) they might walk out of the house with no intention of returning. It’s important to be clear about how you communicate your feelings. If you tell them that the spicy food you are eating is burning your mouth, they might think that you’ve just eaten something which is physically hurting you and call for help.

A lot of people with autism don’t respond well to change as they prefer stability and familiarity. They often maintain the same interests and tastes over decades, perhaps even for life, whereas neuro-typical people may change their taste in food, music, or personal style often. Due to their dependency on a set routine, abrupt changes that alter their regularly scheduled programming could make them anxious or even angry. For example, they will find it challenging to have a sudden cancelation or change in previously scheduled plans.

8. It may seem insignificant to you, but it’s not to them

Because someone with autism lives in a world where the sensitivities of their experiences are dialed up to the max, things that don’t bother others can be overwhelming and painful for them. They could be less than halfway through a dinner date when they suddenly get angry and feel they need to leave because the noise level is too high or the wait staff keeps walking by them. Patience is a must and an effort should be made to avoid bringing them into potentially triggering environments.

9. They might focus too much on what interests them

People with autism oftentimes develop intense interests, and it’s important to understand that most of their time will be spent focused on their interests. When they talk to people, they often want to talk about these interests, often for long periods of time, with the expectation that everyone will be as interested in their hobbies as they are. If someone cuts them off and starts talking about a different topic, they can be very blunt and will let people know how boring they are. With patience and practice, this can improve over time as they learn to listen, understand another person’s point of view and vary their conversation topics.

10. Give them time to process big-time decisions

At some point or another in relationships, decisions will need to be made. Whether it be something small like deciding where to eat for dinner or a more significant commitment such as buying a home together or getting married, it’s critical to understand that transitions can often be difficult at first for those with autism to comprehend. This isn’t any different for any other human being on this planet, but like we mentioned before, change and transitions can make some people feel overwhelmed or anxious. Make sure to give them extra time to process things fully before expecting a final decision. 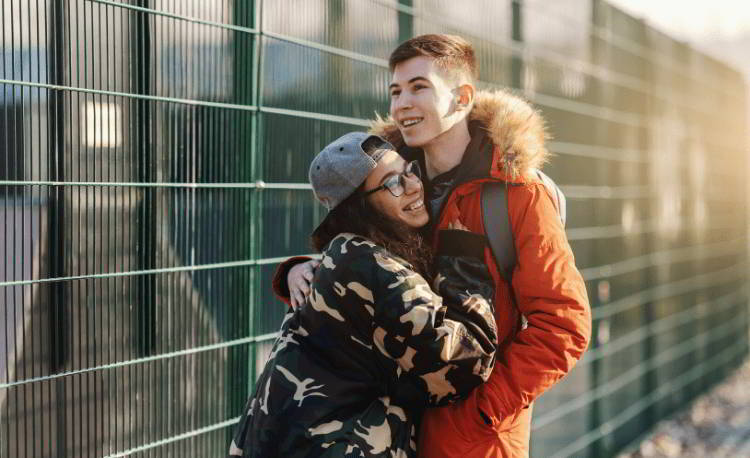 How to help your ASD child date

11. Don’t be afraid to initiate affection

Those with autism want love and affection as much as anyone else but are likely to want you to take control of initiating it. They may not have necessarily developed the social skills to know what to do in a relationship, so they may try to do what they want to do, and at times behave inappropriately or misread signals. At other times they may be so focused on their own interests that they forget to pay you attention. Some people with autism don’t instinctively think to give kisses or hugs and tell you they love you, so their partner often has to be the one to initiate these things. As they learn, they’ll get better at consciously deciding to do these things on their own. The important thing to keep in mind is that just because they don’t show love in a typical way doesn’t mean they don’t love you. From their perspective, they have chosen to be with you and expect you to see this as evidence of their love.

12. Be direct and consistent

Being able to share needs and desires openly is extremely important when dating someone with autism. This can either be verbally during a conversation or in writing by giving them a heartfelt letter. Don’t hint at what you want and expect for them to pick up on it. It’s equally as important to remain consistent in reminding them about what you want because they likely won’t understand the unspoken ‘dos’ and ‘don’ts’ of certain situations. Above all, remain patient, understanding, and willing to compromise as well.

All parents want their children to experience love and have meaningful relationships. With the raised awareness and integration into more inclusive school environments, it is becoming more and more common for those with autism to date. These transitions, however, to teen and young adult can be especially tough when your child has autism or other special needs. As they start wanting more independence and to spend time with friends outside of the home, AngelSense GPS for Autism helps give parents the peace of mind they need to give their loved ones more freedom.

Aging Out: When Your Child with Autism Becomes an Adult
5 Things to Consider Before Buying a GPS Tracker
AngelSense GPS Tracker Saves Life of Abducted Girl with Autism