What is Low Functioning Autism?

Low functioning autism refers to children and adults with autism who show the most severe symptoms of Autism Spectrum Disorder and are diagnosed as having Level 3 ASD. They are usually unable to live independently and require support from a guardian throughout their lives. We’ve included information to help you gain a better understanding of the autism levels of severity, the difference between high and low level autism, the signs and symptoms of low functioning autism, and treatment and safety options. 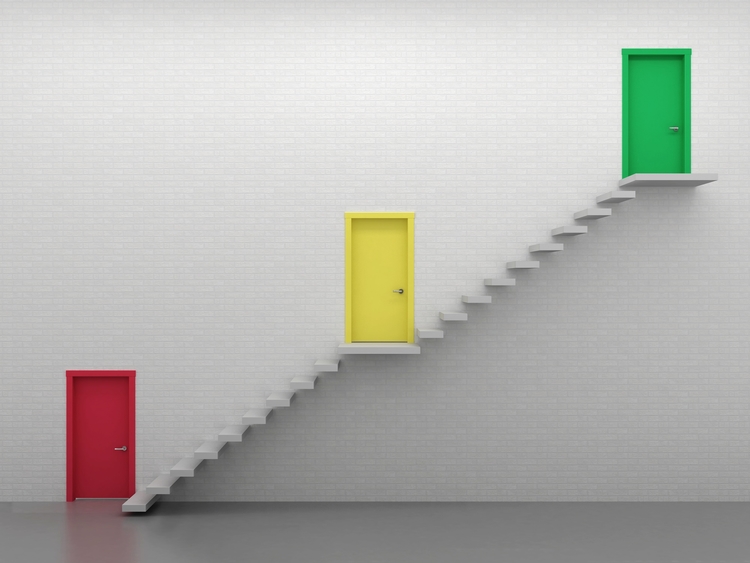 Autism is referred to as a broad spectrum because the autism levels of severity can be extremely different amongst those diagnosed. Despite this, the DSM-5 (The Diagnostic and Statistical Manual of Mental Disorders) has categorized autism into three levels of severity. Level 1 refers to those who require support but are able to live independently with symptoms that may not be overly obvious, this is controversially labeled as high functioning autism. Level 2 autism requires more substantial support with much more apparent symptoms. Level 3 refers to those who require the most substantial support and is often referred to as low functioning autism, these individuals also tend to have an intellectual disability. They display the most severe symptoms of autism and usually have the hardest time socializing and communicating with many being nonverbal. Although there are treatments and several ways to help them experience a better quality of life, they require the most support and it is nearly impossible for them to gain independence as they continue to need help with basic activities throughout their lives. They are also more likely to have other conditions like epilepsy, tuberous sclerosis, and Fragile X syndrome.

The symptoms of low functioning autism can include all or some of the typical signs and symptoms of autism like limited social abilities, inflexible and repetitive behaviors, and impaired communication skills. However, these symptoms are more pronounced and severe than with others on the spectrum. In addition, those with low functioning autism also generally display signs and suffer from one or more forms of intellectual disability as described below.

Being a parent brings with it several challenges, fears, hopes, and new experiences. Every parent wants their child to be happy and healthy, but it is becoming more and more apparent that Autism Spectrum Disorder (ASD) is on the rise and a growing concern among new parents.

Autism is the fastest growing developmental disability with new statistics showing it has been steadily growing over the past 20 years, with 1 in 59 children now being affected in the U.S. (primarily boys). In addition, over half of all autistic children also have mild to severe intellectual disability – a diagnosis that indicates an autistic child has low-functioning autism. Although there is no cure for autism, early detection and treatment can have a huge impact on a child’s quality of life, regardless of the level of severity of their symptoms.

Luckily, parents and doctors are usually able to see the signs of autism in children well before the age of 3 by evaluating social communication and interactions, patterns of behavior, and the child’s interests. Some things to look out for include limited eye-contact, inability to communicate, inappropriate responses, rarely smiling or lack of expressions, difficulty expressing empathy, overreacting to changes, OCD behaviors, lack of impulse control, disliking physical touch, self-injury, and head-banging. It’s important to note that some children reach milestones and then regress.

With low functioning autism (LFA) there are usually early signs of intellectual disability (ID) that doctors can identify even in infancy. For parents, there are several early indicators that include a delay in motor skills development like sitting up, crawling, and walking, difficulties with speech and learning to speak, and as they get older they will usually be behind their peers in their ability to complete daily activities like brushing their teeth and getting dressed. Behavioral problems are also a sign of ID, as well as difficulty following social rules and an inability to adjust to new situations.

The Difference Between Low and High Functioning Autism

The differences between Low and High Functioning Autism can be extreme and most individuals fall somewhere in between and are high functioning in some areas and low functioning in others. Many children with autism that are considered “high functioning” or may have previously been diagnosed with Asperger’s Syndrome are able to learn tools to help them overcome or control their symptoms so they can lead independent and productive lives. They are able to go to college, have successful careers, have healthy relationships and live completely independently. The label of high functioning has been ridiculed by those who it refers to because it diminishes the severity of their symptoms in other areas. For example, someone may be able to excel at school and in their career but still suffer from extreme social anxiety and depression.

Low functioning autism, on the other hand, refers to those individuals who cannot even perform simple, daily tasks by themselves. They have a more difficult time learning coping mechanisms and controlling their symptoms. They generally require constant supervision and the support of a guardian throughout their entire lives. Again the label has been ridiculed because it can hinder them from getting support and encouragement to overcome some of their limitations.

Autism is truly a spectrum and every individual affected experiences varying degrees of ASD symptoms, making each case completely unique. It’s important to be aware of labels and their effects on these individuals while also acknowledging that there are very extreme differences in symptom severity experienced by those with autism. Hopefully, with the increase in studies and attention the disorder is demanding, there will be an improvement in classification and support for those with Autism.

A child’s first years are crucial to their level of development and future learning and growth. By taking action and getting support right away, parents can help their children realize the best possible outcome. Early intervention also has a positive impact on the parents, by providing them with insight and tools to use as they learn to navigate their relationship with their special needs child.

Every child and adult with autism has varying degrees of symptoms and although they may share similarities, no two people with autism are alike, especially considering the fact that they often are diagnosed with numerous medical conditions that can include suffering from Sensory Processing Disorder, anxiety disorder, ADHD, Tourette’s Syndrome, and many others.

Regardless of the child’s diagnosis, early intervention is the key to helping children with autism progress. Therapy and intervention can include applied behavioral analysis, speech therapy, augmentative and alternative communication, physical therapy, occupational therapy, dietary restrictions, and treatment and diagnosis of comorbid medical conditions. Some parents also opt for less conventional music therapy and pet therapy.

Nothing can prepare you for a positive diagnosis that your child has autism, and even more so if it is determined that they have Level 3 autism. Fortunately, with the raised awareness of autism, there are several support options for you and your child. Access to information is readily available and most people are at least somewhat aware of what autism is and it’s symptoms.

One of the most important first steps is to choose a team of professionals who will help treat your child. This is usually comprised of your pediatrician, a psychologist, and a range of therapists depending on your child’s unique symptoms and diagnosis. The professionals you choose to work with will help you to understand your child, give you advice on how to interact with them and what you can do to keep them safe and help to improve and minimize their symptoms.

Another important step is to get support for yourself. Having an autistic child has several challenges and unexpected twists and turns. It’s emotional and overwhelming and you will need people you can share your experience with who understand what you’re going through. Joining a group to learn the skills necessary to deal with autism and having a group or community of parents who you can share experiences and resources with is invaluable. Keeping Your Child with Autism Safe

One of the things that worries autism parents most is keeping their child safe. There are so many obstacles and issues that parents of typical children don’t even have to consider. Autism symptoms like self-harm, head-banging, wandering, eloping, hiding, and running are just a few things that are far more prevalent in autistic kids. Safety proofing your home and child’s surroundings is imperative.

Kids with autism are often less aware of safety concerns. Many low functioning children with autism have no idea that something is dangerous and are unable to understand the implications of their actions. When they get overwhelmed and triggered, they can run into the street without even noticing the cars coming. According to the National Autism Association, “Autism itself does not affect life expectancy, however, research has shown that the mortality risk among individuals with autism is twice as high as the general population, in large part due to drowning and other accidents.”

A recent study revealed that over 50% of children with autism wander or elope. Several parents report that despite extreme safety precautions being in place, their child has found a way to escape from their home or school. This issue is amplified when your autistic child is nonverbal (40% of children with autism). Simple things like going to school, riding a school bus, going to the mall, and playing in the park require extreme care and cause parents a tremendous amount of stress and worry.

This is exactly why AngelSense was created. As autism parents, the founders wanted a way to keep the autistic children they love safe. Not only did they understand the need for accurate and reliable GPS tracking, they also addressed other concerns specific to parents and guardians who share their experiences with autism by adding features like AngelCall (a communication feature that doesn’t require the child to answer or press anything), an alarm to find a hiding child, sensory sensitive wearing options, and much more. The peace of mind parents have experienced from knowing exactly where their children are and knowing that they will immediately be notified if their child isn’t where they’re supposed to be is life-changing.

The Joys of Autism

So many articles and resources about autism focus on the challenges, but we’d like to take a moment to acknowledge all the wonderful aspects of raising a child with autism. There are so many rewards when an autistic angel comes into your life and melts your heart. Every success, every milestone reached, every small improvement is intensified and never taken for granted. Autism parents learn so much from their children as their unique perspective on the world, their complete and utter honesty, incredible memory, and attention to detail are astounding and refreshing, and are only a few of the many positive traits of those with autism that often get overlooked. As with most challenges in life, autism can be a blessing in disguise and brings with it so many beautiful and rewarding moments.