Children with autism spectrum disorder (ASD) can struggle greatly with figuring out how to operate in the world around them. Depending on each and every individual case, parents, teachers, professionals, and other relevant caregivers face challenges about how to best go about meeting these kids’ needs. Those challenges are further escalated by the combined presence of anxiety, panic attacks, and/or meltdowns. In addition, these symptoms can also increase autism wandering, adding extra stress and worry to those dealing with autism.

What is Autism Anxiety?

Autism is a “spectrum”, this means that each case varies in severity. Symptoms of ASD are often present in early childhood and persist through life causing difficulties in multiple areas of function (i.e. social participation, work, activities of daily living, etc.). Occasionally, ASD is also paired with other disorders and language impairments.

There is no immediate mention of anxiety, panic attacks, and meltdowns being mentioned as diagnostic qualifiers for an autism diagnosis (which makes sense, since not all cases present this way). However, parents, caregivers, and clinicians understand how prevalent these conditions are among those with autism.

Anxiety as a stand-alone word is a state of nervousness or worry. However, anxiety disorder is a full-blown mental health condition which causes debilitating and prolonged nervousness and apprehension with physical manifestations such as increased blood pressure and elevated heart rate. Roughly 40% of young people with autism have anxiety or at least one type of anxiety disorder (Burchi & Hollander, 2020). Several types of anxiety include phobias, obsessive compulsive disorder, separation anxiety, and social anxiety. Triggers heavily depend on what type of anxiety disorder the child may have. Examples usually include people, objects, or situations which cause intense worry including public speaking, doing academically well in school, work requirements, and family obligations. For children with ASD, anxiety can stem from less common triggers such as an unexpected change in routine, trying new food, losing a favorite toy or comfort tool, speaking to new people at school, taking a test, going to the store, and so on. There are literally hundreds of possible triggers, and each child will respond differently depending on associations built up around those triggers.

Pharmaceutical intervention is commonly used for diagnosed anxiety disorders, including in young children who could not otherwise function without. Consistently scheduled medication can prevent oncoming symptoms. Some parents and children may also opt for non-pharmaceutical techniques such as calming strategies, breathing techniques, minimizing trigger exposure, and/or working through triggers (i.e. social participation) via therapy or counseling. Other prevention strategies include getting an adequate amount of sleep, eating a healthy diet, and avoiding alcohol and chemical stimulants (i.e. caffeine, nicotine, etc.). 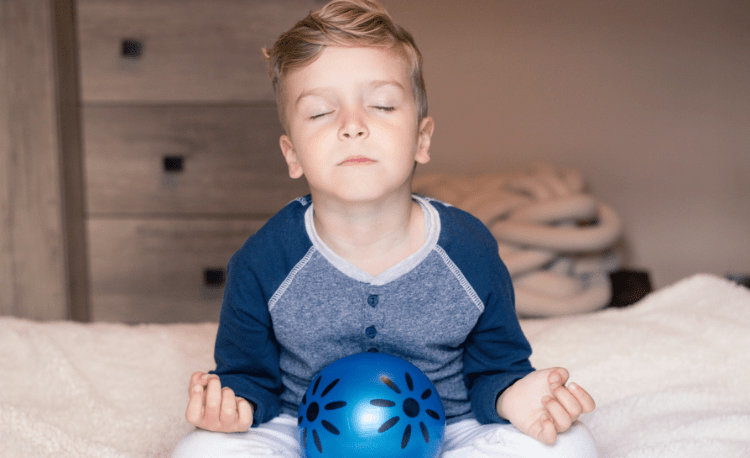 How to Handle Autism Anxiety

Once anxiety sets in, an affected person can wait it out with already administered medication as well as incorporate the use of non-medicinal strategies. This includes staying active in physical exercise and in hobbies/activities of interest, meditating, and practicing breathing techniques in the midst of anxiety-related episodes. Some individuals find relaxation in using certain herbal remedies and aromatherapies, which should be thoroughly researched before use.

What are Autism Panic Attacks?

According to the Mayo Clinic (2020), a panic attack is described as an episode of intense fear that can actually trigger physical reactions during times where there is no obvious cause or danger. The physical symptoms can be terrifying to a child experiencing a panic attack for the first time. The sudden shortness of breath and chest pain may feel like a heart attack. Frequent panic attacks can be the result of a diagnosed panic disorder, which can occur in children with ASD. Panic attacks are generally brought on by concentrated bouts of anxiety or distress, which is why panic attacks are commonly associated with anxiety disorders. Phobias can trigger panic attacks and vice versa. For example, a child may experience a panic attack while at the mall and then, later on, develop anxiety or fear revolving around being at that mall. Social activities, certain sounds (or other sensations) and unpredictability are also triggers for panic attacks.

Panic disorders accompanied by frequent panic attacks can be managed with medication. Additional approaches commonly include teaching a child how to recognize the symptoms of an oncoming panic attack as well as teaching him/her calming techniques, breathing techniques, and mindfulness strategies. Some more specific methods include just simply closing the eyes to temporarily shut away an overstimulating environment (Gotter, 2018). He also suggests not avoiding or figuratively running away from panic attacks, but rather face the feelings in order to reduce future occurrences. Psychiatrists also teach clients with panic disorders cognitive-behavioral techniques and visual imagery strategies to prevent panic attacks.

How to Handle an Autism Panic Attack

Once a panic attack has started, there are ways to manage symptoms so that it passes a little quicker with less intensity. Similarly as mentioned under prevention techniques, it’s essential to teach a child how to recognize the symptoms of a panic attack. That way, the vicious cycle of fear and worry that propels a panic attack can be managed first. Professor Paul Salkovskis of the University of Bath says that one of the best ways to handle a panic attack is to “ride it out” (NHS, 2020). Focus and pace breathing by closing the eyes and slowly counting to five with each exhale and inhale. For shorter panic attacks, it sometimes helps to have someone gently talk the person through the attack to reassure them that there is no immediate danger. What is an Autism Meltdown?

A meltdown occurs when a child’s system becomes so overwhelmed that he or she experiences maladaptive behaviors that prevents them from doing the things they want or need to do. Meltdowns among children with autism are extremely common as triggers are often sensory-related. Triggers, blatant and unseen, become too much for the child to handle so they either shut down or seemingly “act out” through uncontrolled aggressive behavior. Autism Meltdowns vs. Temper Tantrums: Are They the Same?

No, meltdowns and temper tantrums are not the same, even though both behaviors look quite similar on the surface. There are some subtle differences that a practiced eye can pick up on. Temper tantrums are considered goal-oriented behavior. In other words, a child throws a temper tantrum in order to get something he/she wants (i.e. attention, a treat, a toy, etc.). A meltdown stems from less obvious triggers which are not rooted in gaining a means to an end.

What Triggers an Autism Meltdown?

Meltdowns generally occur when a child’s system gets overwhelmed, specifically their sensory system. There are factors that can lead up to meltdowns such as pain, long-lasting temper tantrums that morph into meltdowns, a change in plans, and poor communication just to name a few. A child gets to the point where they are unable to process and regulate the environmental information around them. The way you can tell the child is experiencing a meltdown is when the child won’t respond to typical tactics to calm a tantrum. They shut down and cut off verbal communication. They can hyperventilate, cry, and self-injure or injure others around them without really understanding what they are doing. 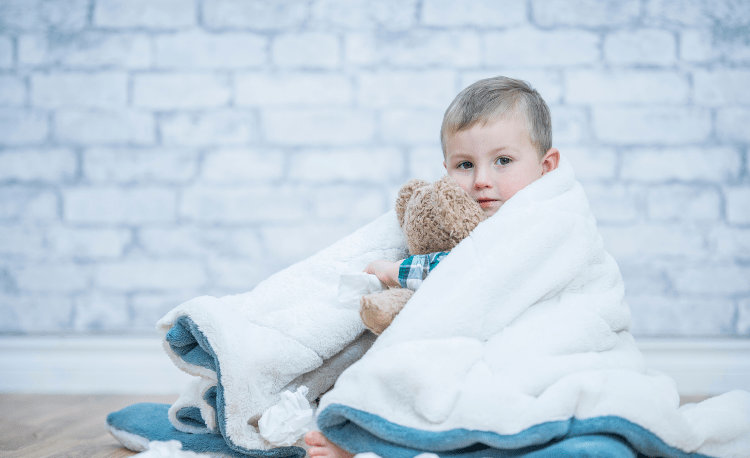 The best way to prevent meltdowns from occurring is to familiarize yourself with the early signs and to find adaptive strategies that work for a child. Examples may include providing a weighted blanket to apply deep pressure to a child’s body, removing a child from a noisy room or eliminating a loud stimulus, dimming the lights, running the child through exercises, slowing or lowering your voice to talk them down, and so on. The goal is to identify whatever stimulus is bothering them and making swift attempts to remove it or to distance the child from it immediately.

How to Handle an Autism Meltdown

Parents and clinicians will not be able to fully prevent every meltdown. If a child has gone past the point of no return, then it’s time to use strategies to calm the child down in order to prevent injury to themselves and to others.

The Bottomline Regarding Autism Meltdowns, Panic Attacks, and Anxiety

Although none of these conditions are readily mentioned as qualifying or associated diagnoses for autism, those involved in this world are fully aware of how prevalent anxiety, panic attacks, and meltdowns are. In some cases, all conditions may occur simultaneously while some cases only have one or two of these conditions paired with ASD. Like other symptoms of autism, parents and clinicians can learn how to manage and to prevent serious anxiety, panic attacks, and meltdowns with practice and with persistence so that children can function to the very best of their abilities.

Meltdowns, panic attacks, and anxiety in those with autism, can also lead to an increase in eloping or running away from whatever is triggering the episode. AngelSense GPS for Autism was designed specifically to protect children with autism. If your child has a tendency to wander or elope, it is important to take extra precautions to keep them safe. AngelSense provides the most accurate GPS tracking available, with reliable alerts, and lifesaving features designed to address the unique issues those with autism and their parents face on a daily basis.

How to Deal with Panic Attacks (2020). NHS Inform. https://www.nhsinform.scot/healthy-living/mental-wellbeing/anxiety-and-panic/how-to-deal-with-panic-attacks. Viewed on September 24, 2020.