This Is What Children with Asperger’s Syndrome Wish You Knew

Asperger’s Syndrome, which is now included under the broader Autism Spectrum Disorder diagnosis, is one of the most misunderstood developmental disorders on the autism spectrum, largely because it remains shrouded in stereotypes and prejudices. We need to confront these misconceptions which do more harm than good. They put children in boxes, reducing them to a meaningless check-list of symptoms and antisocial behavior. And it’s only by educating people and confronting the myths and misconceptions head-on that people will learn to stop putting special children in these boxes. While Asperger’s Syndrome is on the autism spectrum, children with the disorder don’t have cognitive or speech difficulties. Typically, these children struggle in social situations which require interaction with others. They also have a hard time expressing emotion and reading social cues. However, what many people don’t realize is that most children with Asperger’s grow up to be high functioning adults who lead independent lives.

With a better understanding of this condition, more people will understand that Asperger’s Syndrome is a unique way of seeing the world that comes with its own set of strengths. To challenge the way people see Asperger’s Syndrome, we’ve put together some of the most common myths about the disorder.

1. It’s something you outgrow

It’s not uncommon for people to dismiss the behavior of a child with Asperger’s Syndrome as nothing more than antisocial tendencies which will be outgrown. While a child may develop skills to cope, Asperger’s is a lifelong condition. Of course with the right support, children with this condition can learn to use their unique traits to accomplish goals others would struggle to achieve. These children also tend to have  unique abilities including impressive attention to detail, dedicated work ethic, excellent verbal skills and high intelligence.

Many children with Asperger’s Syndrome go undiagnosed mainly because the symptoms are dismissed as a behavioral problem that can be outgrown. In fact, recent research suggests that as many as 50% of the children with this disorder go undiagnosed. By not taking it seriously enough, we’re preventing children who need help and support from leading fulfilling lives.

2. Being antisocial is a choice

Children with Asperger’s Syndrome tend to suffer from social anxiety and lack the skills needed in social interactions. For them, being antisocial is not a choice. These children rarely know what’s appropriate to say in social interactions, and have difficulty understanding body language, facial expressions and other social cues. This makes every interaction stressful and overwhelming. Children with Asperger’s Syndrome simply aren’t wired to be social. The sad thing is that often these children want to interact and build relationships with others. They simply don’t know how.

Children with this condition can learn to behave appropriately in social situations and make friends with the right help. But for this to happen, parents, teachers and other children need to look beyond the stereotypes, and be understanding of the child’s unique social difficulties.

Most researchers refer to two different types of empathy: cognitive empathy and emotional empathy. People with Asperger’s Syndrome tend to struggle with cognitive empathy, but are fine when it comes to emotional empathy. This means it takes them time to understand the emotional significance of a situation. A child with Asperger’s is unlikely to react to bad news immediately, but once they’ve had the time to process the event they’ll respond more intensely than other kids. Rather than lacking empathy, children with Asperger’s express feeling in an unconventional way.

Swiss researchers have found that rather than feeling too little, people with Asperger’s feel too much. Because these children are hypersensitive to new feelings and experiences, they can easily feel overwhelmed which can cause them to withdraw. By dismissing a child as lacking empathy, we’re depriving them of the social interaction that could make it easier for them to process their emotions.

The media has done a lot to perpetuate the link between Asperger’s Syndrome and violence. Much of the conversation around the Sandy Hook Elementary School mass shooting, for example, centered around the fact that the shooter had been diagnosed with Asperger’s. There is, however, no scientific basis for this damaging misconception. The Diagnostic and Statistical Manual of Mental Disorders clearly states that there is no connection between violent behavior and Asperger’s.

It’s important to distinguish between violence and aggression. Children with Asperger’s tend to exhibit more aggressive behavior including pushing, shoving and angry outbursts. But this behavior is almost always reactive rather than intentionally violent behavior intended to cause harm.

This misconception makes it less likely that other children will want to befriend a child with Asperger’s. For a child that already struggles with social interaction, being ostracised is damaging and will further hamper their emotional development.

Sometimes when people hear that a child has Asperger’s their first response will be something along the lines of: “But you look so normal.” This is hurtful and ignorant because there is nothing abnormal or atypical about a child with Asperger’s. These kids may struggle interacting and have other sensory processing issues, but in many ways are just like any other child. They just need someone to show them the way, and help them fit in.

The idea that children with Asperger’s are not normal is very damaging. It’s perhaps one of the biggest misconceptions about the disorder. It can result in these special children being excluded and treated differently, when all they need is to be shown love.

Do you or someone you know have children with Asperger’s Syndrome? What’s the one thing you wish people knew about your special child? Share your thoughts in the comments below and help us challenge the stereotypes.

Many children with autism require additional safety measures to be given the level of independence that neuro-typical children receive. AngelSense GPS for Autism makes this possible by providing parents the peace of mind necessary to safely allow for greater freedom. Many of our customers never imagined that their child would be able to do so much on their own, but with the help of AngelSense they have built confidence and trust that has changed their lives. Learn more about how AngelSense helps with independence. 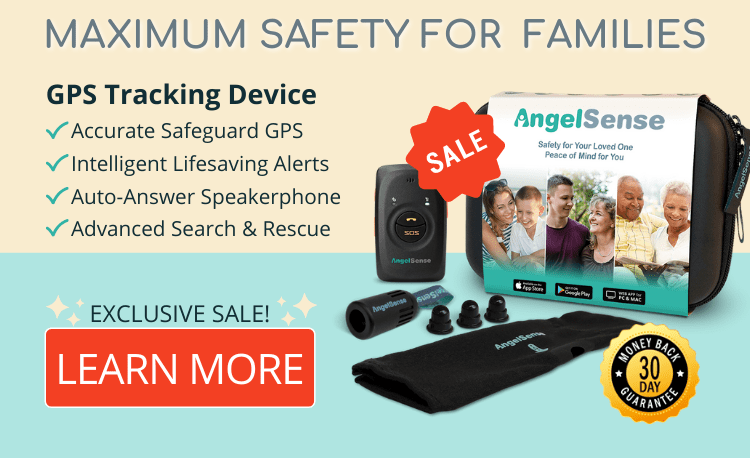