How AngelSense Saved My Daughter’s Life 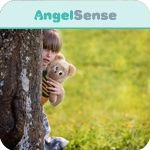 A guest post by Kathy Gilray, mother of a 15-year-old girl with Asperger’s Syndrome from Texas.

On Aug 17th, 2015, around 4:10 in the afternoon, my daughter was kidnapped and sexually assaulted. I am convinced her AngelSense device saved her life. AngelSense is helping me share this very painful experience in the hopes of helping parents learn about this device.

We have been looking for a solution to help us keep our daughter safe for over a year. Watches were too cheap, ankle bracelets were too expensive. We finally found AngelSense in July 2015. The first day our daughter wore the device was July 28th. It quickly proved our decision to be a God send.

At 4:10pm on Aug 17th, our daughter went out for one of her regular walks in our neighborhood. She was lured into a car only 150 yards from our house by a stranger who threatened to hurt her. AngelSense alerted us via email and SMS text that our daughter was not on her usual route.

When I received the alert, I entered my AngelSense app in Runner mode which shows her route. She was at Lakes of Springfield Park. I quickly got in my car and drove there in an attempt to find her. I called the device to use the Listen-In feature. I could hear a struggle. I realized later that I actually heard the sexual assault in progress.

The attacker noticed the device and asked what it was. She told him it was a GPS tracker. He told her to take it off, but she told him only her mom could take it off with a special key.

The predator stopped the assault when he realized he was being monitored. He drove back to the neighborhood where he picked her up and she safely left the vehicle.

I used AngelSense’s live updates to follow her. I saw her only seconds after she had left the car. I was that close to the suspect’s vehicle. This would not have been possible without AngelSense.

The Rowlett police were able to obtain videos of the car since AngelSense tracked the route to and from the neighborhood. The timeline was also provided by the device.

We would have not been able to save our daughter without AngelSense’s unique capabilities – the automatic alert that our daughter is in an unexpected location, the ability to immediately listen-in, the wearing accessory that kept the device on her which deterred the attacker, and the real-time updates to quickly find her.

I would like to sincerely thank AngelSense. I believe this wearable device can keep our special needs children and elderly much safer.